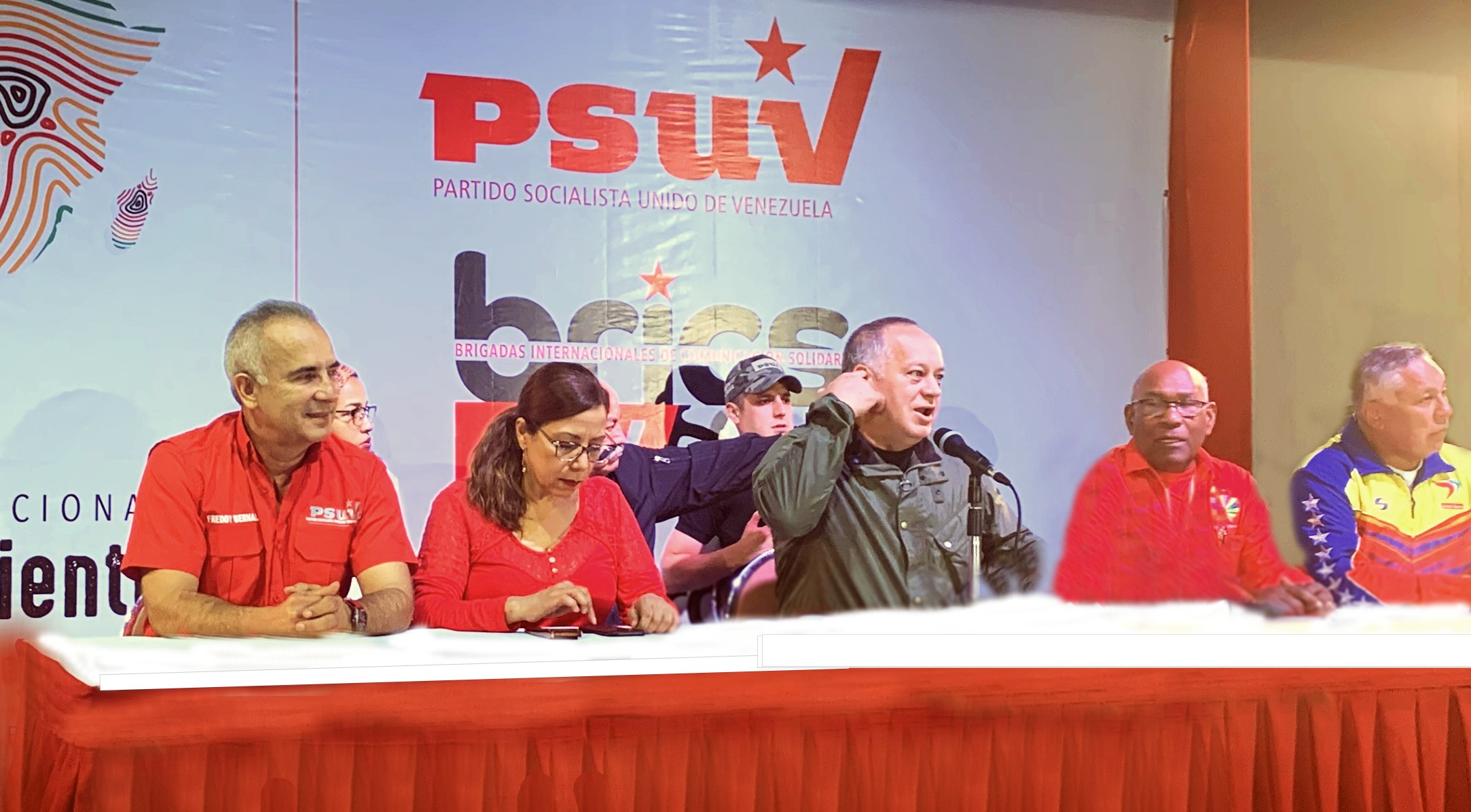 The Afro-descendant population in the Americas is composed of more than 150 million inhabitants, with Brazil being the country with the largest Afro population, followed by Colombia and then the Bolivarian Republic of Venezuela. Afro-descendants have been a major contributor to radical change since the launching of the new continental and anti-imperialist geopolitics initiated by President Hugo Chávez at the beginning of the 21st century and continued by President Nicolas Maduro. Since the onset of the Bolivarian revolution, the political lives of the countries Afro-descended populations have increasingly taken center stage.

In 2011, in honor of the U.N.-declared International Year for People of African Descent,  the Network of Afro-Venezuelans, in conjunction with the Venezuelan National Assembly, cosponsored the IV Encuentro de Afrodescendientes y las Transformaciones Revolucionarias en América y el Caribe en el Marco del Año Internacional de las y los Afrodescendientes en solidaridad con Haiti (the fourth Encounter of Afrodescendants in the Americas and the Caribbean for Revolutionary Transformations in the Framework of the International Year of Afrodescendants in Solidarity with Haiti). This gathering was significant in attempting a hemispheric approach to solidarity among Afro-descended peoples in the Americas.

In 2012, a small emphasis on Afro-descended peoples cultural and political lives was included in the agenda of the Sao Paulo Forum held in Caracas, creating the possibility of strategic positioning in the leftwing political movements developing in the Americas. Imperialist, bourgeoisie and rightwing parties are aware of the role played by the Afro-descendant population resulting in strategic and insidious targeting by neoliberal campaigns.

However, when the imperialist plans are unsuccessful, policies of persecution, repression, displacement and racial extermination are implemented as is currently happening in Bolivia, Colombia, Brazil, Honduras and around the globe.

On Saturday, November 9, 2019, the United Socialist Party of Venezuela (PSUV) and a number of organizations representing the Afro-Venezuelan community evidenced their continued commitment to building political power and revolutionary solidarity among globally dispossessed peoples of the African Diaspora by cohosting the first International Afro-Descendant Congress: Maroons Against Imperialism.

This gathering is one of a series hosted by the PSUV  over the course of several months in Caracas with the aim of contextualizing and inserting “Afro-descendants in the programmatic agendas of social movements and leftwing political parties, within the framework of the International Decade for People of African Descent and Reparations, as a fundamental basis for the eradication of structural racism, a sine qua non [emphasis added by editor] condition for the construction of Socialism.”

For four days, approximately 250 delegates – including Roland Lumumba, son of the late Congolese Prime Minister Patrice Lumumba – from more than 50 countries gathered in the Venezuelan capital city of Caracas. Ten thematic points helped determine the structure of the meeting and guided participant discussions of desired outcomes.  Those thematic points included:

Congress participants were divided into various tracks representing different social movements and tendencies from Pan-Africanism to Black feminism to multiple forms of Marxism. Each track was reminded of the specific/agreed upon aims that should structure each of the thematic workshops. Some of those aims included the following:

Unfortunately, as this congress was taking place in Venezuela, the United States successfully supported a coup against the first democratically-elected indigenous president in the Americas, Evo Morales which resulted in a large portion of the congress plenary discussions shifting focus to the pressing concerns of the coup. Diosdado Cabello, the First Vice President of the United Socialist Party of Venezuela hosted a national press conference to condemn the coup in Bolivia at the congress in an attempt to symbolically link struggles of Afro-descended peoples of and largely indigenous masses of Bolivia.

Final Declaration of the Congress

We condemn the United States and Western Europe’s interventionist policy in our countries, in order to bend the sociopolitical conquests and appropriate biodiversity at the cost of human life and all forms of life on planet Earth.

We support the Haitian people’s struggles for their social recognitions and their historic legitimate demands in the face of the serious political, economic and social situation derived from the unpopular decisions of their rulers associated with savage capitalism.

We denounce the breach of the “Havana Peace Agreement” by the current Colombian president and reject his direct aggression against the people of Venezuela. Likewise, we condemn the subordinate actions of the governments grouped in the so-called Lima Group as a political operator of the United States administration, emulating its universal condition of violator of the human rights and the international order.

We claim the international solidarity with the Ecuadorian people, with their afro and indigenous movements, with the Citizen Revolution Movement’s leadership, all of them who are persecuted and criminalized by a government which betrays the principles, and which operate in the mentioned South American country.

We call for an end to the repression of the Chilean people and support them in their just struggles against neoliberalism and the continuity of Pinochet’s dictatorship in the abovementioned country.

We welcome the progress made in incorporating into Mexico's legal framework the afro-descendant population as a step towards their full recognition.

We condemn the violation of human rights by the American government against the African-American population and against migrants from Our America and Africa, particularly women and children.

We warn of the discrimination in selection practiced by the European Union against migrants escaping terrorism sponsored by West Africa.

We demand before international bodies and the old European powers the fulfillment of the historical reparations of the afro-descendant communities based on the recognition of the genocide against the peoples come from of America, Africa and their descendants.

We stand with the Bolivarian Republic of Venezuela, and especially its afro-descendant movement in their struggle for peace, social welfare, self-determination and sovereignty.

The congress concluded with a commitment from President Nicolas Maduro to provide resources and building space for a central operation point for Afro-descended peoples working to build a global left movement guided by the political and material necessities of the oppressed masses. The resolutions placed a particular emphasis on the role of women, afro-descended and indigenous peoples, and those ravaged by the fundamentally exploitative world capitalist system.

Layla D. Brown-Vincent, Ph.D. is assistant professor of Africana Studies at the University of Massachusetts Boston.