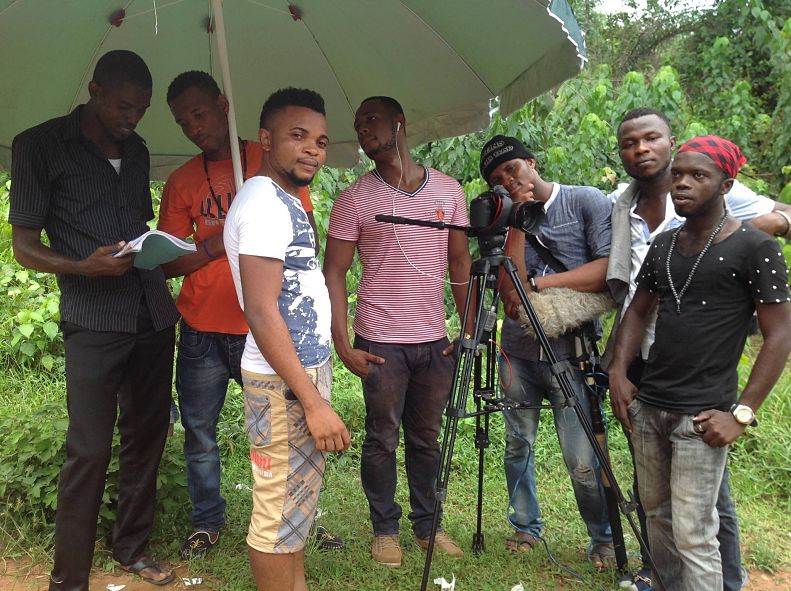 Although the history of Nigeria’s film industry dates back to 1903, featuring mainly distribution of imported films by Indians and Lebanese, the first Nigerian filmmakers, such as Ola Balogunand Hubert Ogunde appeared in the 1960s. But they were frustrated by the high cost of production. But in 1992, Nigeria's home video industry, popularly known as Nollywood, made a dynamic debut with the release of Living in Bondage, an Igbo movie, produced by Ken Nnebue.

Currently, based on the quantity and general demand for its products, the industry accounts for N853.9 billion ($7.2 billion), or 1.42 percent of Nigeria's GDP. Besides, economic watchers opine that Nollywood is a major plank on which to diversify the Nigerian economy, given that it is rated as the second largest employer of labor, after agriculture. According to some estimates, it produces about 1,500 or more movies a year, perhaps only second to India's film industry, Bollywood.

No doubt, the popularity of Nollywood movies attest to their local and global acceptance, as captured in the following words of a critic:

“The Nigerian film industry addresses social conscience and contributes to world culture. It is my firm conviction that films should promote the well-being of humanity, given the way in which movies play greater and more important role in society. Films in Nigeria are produced on comparatively low budgets, but are extremely popular and have a huge influence and impact on popular opinion and culture there."

The most important contribution of Nollywood to global cinema, may not be the quantity or popularity of the industry, rather its significance may lie in the democratization of cinema, which was occasioned by the rise of low-cost video production equipment from the late eighties. This had enabled Africans to tell their story in a manner that was inconceivable barely half a century ago.

Notwithstanding, like a promising adolescent, Nollywood is still encumbered with several growing pains, including the ones inflicted on the industry by the underdeveloped state of the Nigerian economy. The challenges, to an extent, mirror the pains of the generality of the public.

Presiding over what is unarguably the largest professional entertainment union in Africa is fraught with challenges. Poor economic conditions have, invariably, affected the fortunes of the actor.

Faced with less disposable income, actors have had to devise additional means of survival, including working as Comperes and MC's, branching off into comedy and more. Actors have also had to supplement their incomes by getting involved in trading, real estate, etc.

There are myriad challenges confronting the industry. Foremost among them is the irregular power supply, which compels the use of generators with a destructive impact on the quality of sound, among other aspects of production. Inadequate funding, leading to shoestring budgets in movie production, is another major challenge.

The industry also faces the challenge of piracy. Additionally, there is the need to further train actors and production staff to develop a more thorough understanding of the discipline required to produce a top-notch film or documentary as well as to improve the technical skill of producers and directors with a view to increasing their technical quality and ability to tell stories that reflect African or Nigerian culture in details that enhance viewers’ understanding without losing the inherent Africanness. The industry also needs to attract quality investors to partner with Nollywood filmmakers, especially given the paucity of funds in the country.

Nigeria is the only country where actors do not receive royalties.

Last year, we hosted Andrew Prodger, the CEO of British Equity Collecting Society (BECS). The sole purpose of his visit was to help Nigerian actors get remuneration for their creativity and intellectual property, with the support of the Spanish CMO for actors. Prodger examined ways the BECS could help Nollywood overcome some of these growing challenges in all ways possible. For example, it is not uncommon in Nigeria to see an actor who has been featured in over 2,000 movies, who doesn’t have a house of his own or any tangible investment to show for it. This is an anomaly, driven by a barrage of unhealthy socioeconomic factors beyond the individual.

In Nigeria, when you produce a film for N5 million (currency), you take it to pay-TV stations; and you're told matter-of-factly that you will be given a N2 million, one-off payment. You are inwardly offended, but you have no option than to accept it. You give them the film, collect the money and walk out, crying bitterly inside your heart, because you have lost an entire project without an alternative means of recouping your cost.

In my two years in office as National President of the Actors Guild of Nigeria (AGN), I’ve observed that innumerable odds and challenges litter our beloved Nollywood and entertainment industry in general. These problems are not limited to trust, transparency, poor management and intellectual property issues, they extend to domination of the industry by large players whose voices have drowned the voices of the young and upcoming generation.

As a guild, we have organized Capacity Building programs to equip our members to confront these new challenges. We have also engaged and supported sister organizations like the Producers and Distributors with a view to ultimately impacting on the welfare of our members since these are the employers of labor.

However, it is important to note that the World Intellectual Property Organisation (WIPO) has also pledged its support, by helping Nollywood to differentiate between those rights. WIPO officials have offered platforms where we’ve been taught that both producers and actors have their respective rights, all of which are recognized globally. This is of great relief to thespians in an industry where without your knowledge or permission, within a month of production, a film licensed in Nigeria will be showing all over the world, without a dime in payment or compensation.

Only one collective management organization is licensed for the movie industry in Nigeria. This is the Audio Visual Rights Society AVRS. We recently supported a Stakeholders Forum as a critical step towards an agreement that would accommodate the financial interests of the actors.

Under my watch, AGN has provided visionary leadership, engaging the Minister of Federal Capital Territory with a view to recovering the Entertainment District set out in the FCT Masterplan.

My administration has engaged the National Assembly at the highest level. A courtesy visit to the Senate President resulted in a generous donation to the AGN Foundation which I set up. The Foundation has since intervened successfully in health issues involving many performers. Our most recent intervention was to raise the sum of N3 million in cash for an Actor, Leo Mezie.

What we have succeeded in doing is to give a new sense of direction not just to Actors Guild of Nigeria but to Nollywood at large.

Caption: The film crew prepares for the next scene in a Nollywood film shot in Awka.

Life and Legacy of Nipsey Hussle: The Marathon Continues