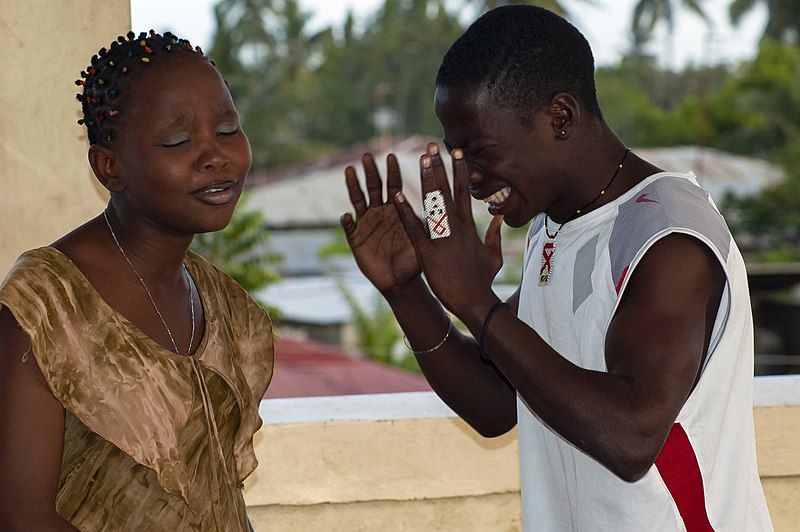 The HIV/AIDS pandemic is a disease of global capitalism. It can be explained by an increasingly globalized capitalism that intensifies contact among people, combined with fundamental differences in exposure and protection based on where they are located both geographically (the countries in which they live) and socio-economically. Differences in exposure and protection are also predicated upon the manner in which they are “culturally” engaged with the forces of globalized capitalism, in terms of their insertion into its processes, and, in this sense, into its market forces and derivative individualistic aspirations and values.

We have been told, with considerable evidence to back it up, that “Africa” has the highest rates of HIV/AIDS and the Caribbean, the second-highest in the world. This is a fiction of European geopolitical invention. It is true, undoubtedly, that, all of the 45 countries with the highest rates are in Africa and the Caribbean, with one exception (Thailand at no. 40). Of the top 30 countries, all but four (the Bahamas at no. 17, Haiti at no. 24, Belize at no. 27 and Jamaica at no. 30) are in Africa. Of the remaining 15 countries in the top 45, 10 are in Africa and four are in the Caribbean.

But does this say anything about “Africa” or about “Black” people? Or does it point to a fact of global capitalism and its relationship to colonialism and its legacies? If one examines prevalence in Africa on a country-by-country basis (rather than on invented geo-cultural categories), the inescapable conclusion is that rates of HIV/AIDS, both within a country and among countries, differ with a combination of the:

There is the negative effect of the forced imposition of Euro-American values in the integral relationship between European colonialism and the spread of Christianity. To this must be added the breadth and depth of colonial insertion into the country’s economic, political and social order.

Highest and Lowest Rates of HIV/AIDS

North African countries have the very lowest rates in the world. The sole North African exception to this is South Sudan (at no. 23) where over 70 percent of the population is either Roman Catholic, Anglican or other Christians (the exception that proves the rule). It is the only predominantly Christian country in North Africa. For the rest of North Africa, Sudan (at no. 97) has the highest rate followed by Morocco.

The rates of HIV/AIDS in the other North African countries are so low that they do not even appear in official statistics. The three countries with the highest rates in the world among the adult population between the ages of 15-49, all in Southern Africa, are Swaziland at 27%, Lesotho at 25% and Botswana at 21%. It is 0.2% for Sudan, the Muslim country with the highest rate in all of North Africa, a region fraught with economic and political turmoil.

Swaziland, Lesotho, Botswana, South Africa, Namibia, and Zimbabwe – all in Southern Africa – are, respectively, the countries with the highest prevalence in the world. They are followed by Zambia, Mozambique and Malawi, which are all countries in the southern cone of East Africa. Portuguese, Dutch and subsequently British settler colonialism combined with the symbiotic relationship between mineral extraction and agricultural production to integrate these two regions into global circuits of capital, particularly under British imperialist interests.

There is an integral relationship among mining and agricultural production for the global economy, the regional and national population flows necessitated by the demand for labor in the two industries, and the conditions associated with migrant labor regimes on the one hand, and HIV/AIDS prevalence on the other.

In a 1995 article published in the journal AIDS, Peter Lurie, Robert Lowe and I used the relationship between mining and HIV/AIDS in Southern Africa to point to the socioeconomic factors that account for the prevalence of the disease in the Global South. The relationship is as true for agro-production for the global market, especially under conditions of settler colonialism.

This is the case for Uganda and Kenya, former British settler colonies with the 10th and 12th highest rates of HIV/AIDS in the world. In the 13 countries with the highest rates of HIV/AIDS in the world, with the exception of Equatorial Guinea, the labor demands of mining and agriculture, singularly and in combination; a history of European settlement; and British colonial and imperialist interests and practice, directly and indirectly, combined to intensify the breadth and depth of the insertion of the population in the circuits of global capital.

The Problem Is Equity

The problem is not, therefore, macroeconomic performance or positioning. The problem is equity. Notwithstanding its overall per capita wealth, Equatorial Guinea suffers from a severe form of socioeconomic inequality that positions it at 135th in the world on the United Nations Development Programme’s development index, which measures the degree to which the policies, practices and capabilities of a country cater equitably to the basic human needs of its people, in terms of outcomes.

What does the focus on these African countries tell us about the epidemiology of HIV/AIDS? We can look to the assessments of scholars on the Caribbean, a group of which I am part, published in a 2019 special edition of the journal Global Public Health. We point to the stigmatizing effect of Christian-based values on both government policy and practice and on the values and beliefs of its adherents who see any deviation from heteronormativity as sinful and deserving of punishment and condemnation.

The recent growth and spread of American forms of Pentecostalism have reinforced the stigmatizing consequences of Christian doxa, directed, particularly, at groups of persons who are most at risk for HIV/AIDS – those who, for one reason or another, engage in sexual activities outside the norms of the nuclear heterosexual family.

And there is a direct relationship between stigma, vulnerability and precarity – the latter understood as the socially, culturally and politically induced condition under which persons and groups become differentially exposed to injury, violence and death. The effects are particularly pervasive when they are translated into government laws and statutes.

The second factor we identified is the intensity of a group’s dependence on global economic forces and their contact with global flows of people stemming from such insertion. For the Caribbean it is tourism that is the leading culprit. For the countries in Africa with the highest rates of HIV/AIDS, it is mining and global agro-production as well as tourism – all of which demand the separation of persons, predominantly men, from their communities as cheap sources of needed labor, their confinement in barrack-like conditions, and their direct connection to global transportation networks of roads, ports and airports that serve as vectors for the disease.

The tourist industry, even more so, comes with the imperative of intimate contact with foreigners. To these are added the concentrated presence of women and men engaged in the provision of goods and services, including transactional sexual relations, to local workers in the industries and to foreigners and the pervasive forms of severe inequality both within and between nations and communities. This concentrates capacities and capabilities necessary for protection from the disease and from its spread within a small group in the upper strata or with foreign visitors and expatriate workers protected by their privilege. They use their privilege to make demands on the lower strata that increase their vulnerability and their exposure to risk.

Related to the national capabilities and capacities, the conditions of a country’s engagement with transnational capital can deny governing authorities the resources used for prevention, monitoring, protection, treatment and education. This includes the normalization of bribery and corruption on the part of the country’s political elite induced by global investors’ efforts to reduce the costs of production associated with wages, salaries, conditions of production and taxes, and to guarantee access to the country’s resources.

A focus on Islam and on the predominantly Muslim countries is warranted because of the organization and practices of the religion that provide some degree of insulation from the values and beliefs of Euro-America, particularly their association with individualism, consumerism and the politics of liberal democracies. The role played by the mosque in legality, values, beliefs and economic redistribution seems to function as a social, cultural and economic prophylactic against the effect of Euro-American aspirations and their integral relationship to global capitalism.

One can draw a nearly straight line in the correlation between non-Christian practice (Islam and traditional religions) and the lower prevalence of HIV/AIDS among countries on the African continent.

Neocolonial dependency and inequality; the absence of alternative institutions and practices that can serve as meliorating interventions, including localized “traditional” practices; and the incapacities of governing institutions go a far way in explaining differences in the prevalence of HIV/AIDS – differences that appear both within Africa and between countries throughout the world.

Percy Hintzen, Ph.D., is professor of sociology in the Department of Global and Sociocultural Studies and director of the African and African Diaspora Studies Program at Florida International University in Miami. He is currently working on projects on HIV/AIDS in the Anglophone Caribbean.

Caption: Two youths act out a scene in which the woman is being told by her partner that he is HIV positive as part of an Aids awareness campaign at Kinondoni Dar es Salaam Tanzania.

Mountains of Food ... Oceans of Hunger