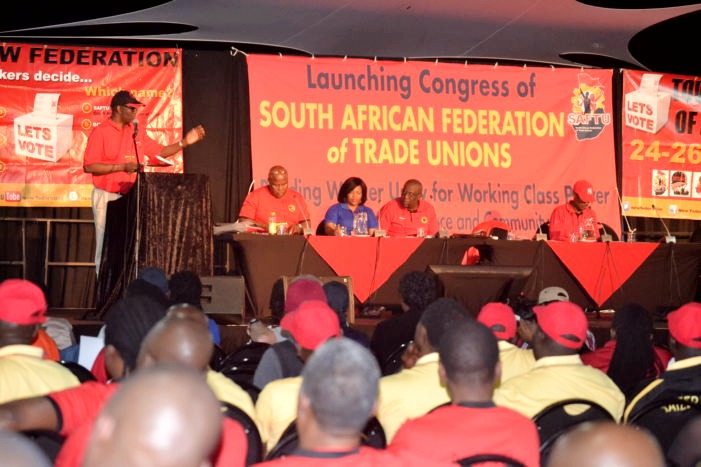 The register had taken a decision to deregister DEMAWUSA allegedly for not complying with Section 99 and 100 of the LRA regarding the disclosure of certain information as well as for alleged failure not to comply the regulations regarding the need to provide proof that the union conducted a secret ballot prior its members going on a protected strike.

The members of the union and the public will recall that DEMAWUSA members employed by the Johannesburg Metrobus services embarked on a protected strike on September 17, 2019. Literally, the next day after seeing the strike on television, the Office of the Registrar wrote a letter to DEMAWUSA to demand proof that the union had secretly balloted the members in line with the new provision of the LRA as amended under President Ramaphosa administration.
The Department of Labour Registrar subsequently deregistered DEMAWUSA on January 31, 2020, for alleged failure to provide the information that itself did not even outline in any of the correspondence with the union.

SAFTU has maintained that the office of the Registrar acted not only recklessly but its decision is informed by the political bias against the independent, democratic and campaigning unions who do not form part of the sweetheart arrangement of the tripartite alliance with the governing party.

We have charged that the registrar is wholly inconsistent in the application of the law. Unions in the tripartite alliance who for years did not comply with the provisions of their own constitution and in direct contradiction with Sections 98, 99 and 100 were never deregistered. None of these unions were properly investigated, even when appeals were made by their own members.

When in the past the previous more independent registrar sought to act, the then Minister of Labour Mildred Oliphant intervened and chose to illegally suspend the previous registrar, who eventually won reinstatement against the minister.

Almost daily we see strikes organized by unions who form part of the Tripartite Alliance taking place without a secret ballot, and yet none of these unions were deregistered or had any sanctions taken against them.

We know that the insistence of the ANC government on balloting before strike action has little to do with advancing union democracy. It is actually designed to undermine union power, by allowing anti-union media and other conservative forces to try and dissuade workers from taking action, and to create division in our ranks.

Direct union democracy, where workers gather collectively and take decisions and mandate their leaders and hold them accountable is far superior to the cumbersome and bureaucratic balloting envisaged by the state, which gives space for outside anti-union interference. Furthermore, workers never take the decision to strike lightly. It involves serious sacrifices, including the threat of unemployment and increasingly, the blatant victimization of comrades who are prepared to stand and fight for their members.

However, the political bias shown by the registrar in forcing balloting and all of its bureaucratic and technical conditions on DEMAWUSA while turning a blind eye to the chronic misdeeds of Alliance unions has exposed the registrar as irredeemably partisan.

SAFTU will continue to fight against all labor laws that disable our movement, but we will also demand equal treatment, and we, therefore, call on the registrar to resign or be replaced so that a more measured and unbiased person can be appointed.

The statement issued by the General Secretary of SAFTU

“You’re Going Where?”: A Visit to Mauritania and the Challenge to a Narrative

What’s the Word: The Current Situation in South Africa