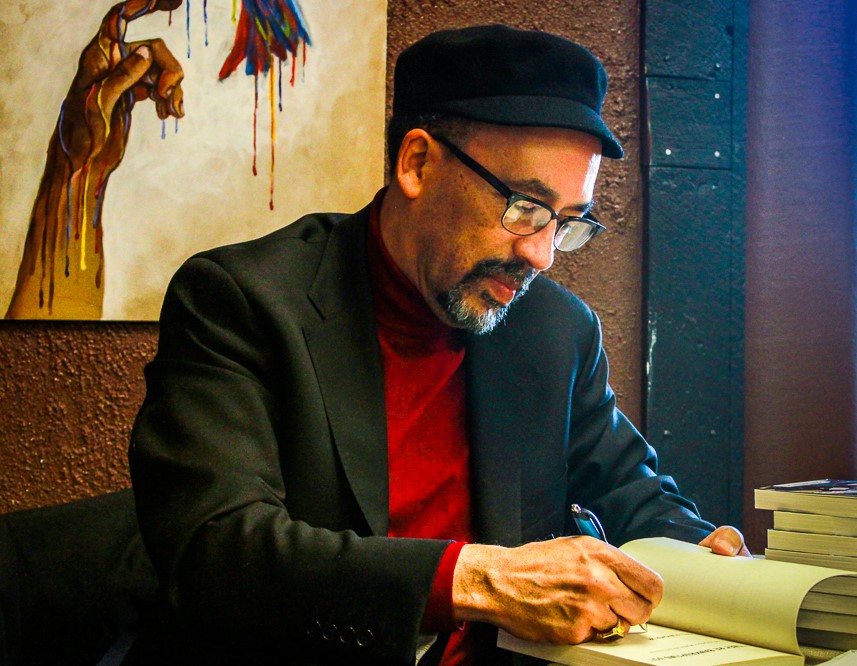 Voices from the GAW Editorial Collective

The horror of the attacks on foreigners in South Africa has jolted all progressive and democratic forces in the African World. South Africa was once the site of non-racial politics – that is radical anti-racist politics – during the course of their national liberation struggle. The country witnessed the exiling of thousands of its people under apartheid and received migrants from the southern part of the Continent to service apartheid capitalism. And yet, it has witnessed the eruption of yet another xenophobic movement.

There are specific conditions in South Africa that made this eruption predictable, however. South Africa has been, and continues to be, a country that navigates the line between the so-called First World and Third World. It is a country where the wealth of much of the global North and the abject poverty of much of the global South is contained in one social formation. Added to this has been the failure to complete what the South African Left has called the “national democratic revolution,” i.e., the struggle against and full defeat of apartheid capitalism.

The abandonment of a more complete approach towards social transformation that the African National Congress held prior to 1995 and the full adoption by the ANC of a capitalist fundamentalist approach towards the economy – neo-liberalism – was more than an economic decision. It was a decision to abandon the radical rearrangement of South African society in favor of, at best, a gradualist approach towards change. This gradualism included, but was not limited to, the lifting of protectionist statutes that were key to South African industry and employment, as well as the complete failure to enact land reform.

Not When, But What

The most organized forces in the South African Left, particularly those grouped around the South African Communist Party, critiqued the failure of the ANC to advance the national democratic revolution, but did little to openly challenge the leadership. In a catastrophic miscalculation, the SACP and many of their allies united with the notorious Jacob Zuma in his move to power, mesmerized by his populism and ignoring his misogynism and corruption. At that moment the situation went from bad to worse, and has not been rectified by Zuma’s downfall and replacement by President Ramaphosa.

Migrants are frequently a target of both forces on the Right as well as disorganized and angry masses who are seeking an explanation and remedy for their frustrations. This can be elevated over time to a popularized, chauvinist dehumanization of the migrants, as we see in the United States, with Trump’s demeaning language targeted at immigrants of color. In the South African context, the targeting of Nigerians as being the source of crime is no different than, in a U.S. context, the targeting of Mexicans and Salvadorans as sources of crime, that is, ignoring the larger criminal forces at work as well as the fact that the criminal element is such a minority of the larger population.

The targeting of migrants, whether in South Africa, Israel, France, Britain, the United States or Burma/Myanmar, is never justifiable nor excusable. Bizarre comments raised by some elements of the South African political elite to explain away the xenophobia are not only inexcusable but insulting. Such comments would never be tolerated – as they have not – when charlatans like Israel’s Prime Minister Netanyahu used similar such language in attacking African migrants to Israel. Nor were the comments of U.S. President Trump describing many countries from the Caribbean and Africa as ‘shit-hole’ countries accepted or tolerated.

The xenophobic attacks in South Africa must not only be condemned but progressive forces throughout the African World must use this as a moment to focus on the disastrous impact of capitalist fundamentalism as well as the crisis of the global migrant, both of which are interrelated.  The global wealth polarization, and the polarization of wealth in South Africa, creates a situation of musical chairs whereby the only one gaining is the one playing the music, while the rest of us fight—and sometimes kill—in order to get a chair.

One would hope that the South African Left, and especially the progressive forces in the South African trade union movement, will take this opportunity to not only lead in anti-xenophobic education but in campaigns to organize migrants, be they in the formal or informal economy. Yet, more fundamentally, this is a moment where the full demands of the national democratic revolution and the process of social transformation must be advanced. This will be uncomfortable and will result in the shattering of many long-term relationships and alliances, but advancing the revolution is probably the only thing that will save South Africa from …the fire, next time…