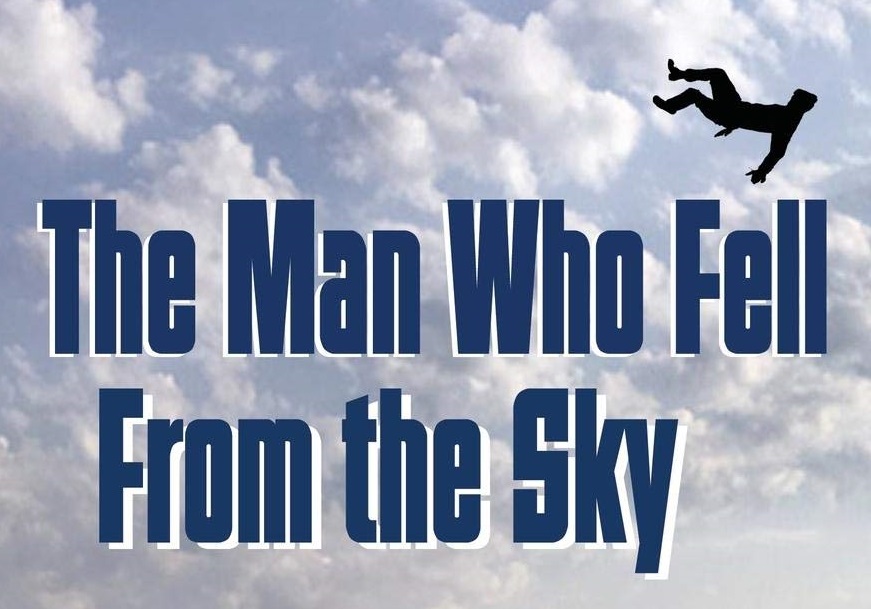 In November 2018, I published my first novel, a murder mystery entitled The Man Who Fell From the Sky. In the years that led up to its publication, I would frequently encounter some interesting responses from friends on the Left when I mentioned that I was writing a novel. As I regularly note, the responses fell into three general categories:

The Man Who Fell From the Sky takes place in 1970 in a part of Massachusetts (United States) called Cape Cod. It begins with the murder of a white construction contractor who is shot and killed with a high-powered, silenced rifle. A Cape Verdean-American journalist and his friend, an Italian-American police officer, begin an investigation into this murder. The story takes you into the experience of the Cape Verdean American and raises issues of the line between justice and revenge.

That’s the gist of the story. There is obviously a lot more to be said about it. But the first thing to understand is that I believed that I had a story to tell. This is the key thing that I have discovered in writing a novel. I had a story – not just that there was a story. And it was through this story that I wanted to make a series of political points but using a format different from that used in nonfiction.

Not only did I have a story to tell, but I thought that there was/is a possibility that through the use of fiction I might be able to reach individuals who would otherwise have little interest in, or might even be intimidated by, some of the issues that I was seeking to raise.

For years this framing of race in the United States excluded the larger question of racist and national oppression in the United States and the implications for the First Nations (Native Americans/Indians), Puerto Ricans, Chicanos/Mexicanos, and most pre-1965 Asian immigrants and their descendants. Unfortunately, this has led even some African Americans to discount the racist and nationally oppressive experience of people other than themselves.

Thus, enters the Cape Verdean. Arriving in the 19th century from the Cape Verde archipelago[i], they were the first post-1492 Africans to come to the United States voluntarily. They came as whalers and fishermen, ultimately settling mainly in the New England region. They did not come as slaves. They spoke Portuguese and Kriollo. They were predominantly Catholic, and they were former subjects of Portuguese colonialism.

Upon landing in the United States, they encountered two other populations of African descent. The first were those brought here as forced labor – be it either indentured servitude or, overwhelmingly and ultimately, as slaves. The second group was comprised of those who migrated from the Caribbean, where their ancestors had largely be slaves.

The encounter would have been dramatic and complicated under any circumstances. But matters were complicated immensely by the way in which Portuguese white supremacy operated compared with that utilized by the British and their descendants in North America. Portuguese white supremacy, as with Spanish, created a byzantine racial pyramid in which white was largely reserved for those directly descending from Europe, while a myriad of categories existed for those with varying degrees of African and Indigenous blood.

Cape Verdeans were right in the middle of this vortex. While some assimilated into the larger Black America, others kept Black America at arm’s length. They insisted that they were not Negro, Colored, Afro-American, Black, etc. They were instead Portuguese – in some cases colored Portuguese, and other cases just Cape Verdean … but not Black.

The contradictions inherent in race and its utility as an instrument of both oppression and social control come through in examining the Cape Verdean-American experience. This is especially true when examining how the consciousness and identity of the population shifted in the context of both the Cape Verdean/Guinea-Bissau war of national liberation against Portugal, and the increasing radical awareness of the Black Freedom Movement in the 1960s.

Yes, I could have written about all of this via nonfiction, but why? Why not grab the attention of readers who may not be looking at this issue but, through fiction, are offered a surprise?

There was another story, or more appropriately, an issue with which I needed to grapple: What is the line between justice and revenge? At what point does the justifiable anger of someone(s) regarding a terrible crime morph from a search for justice, to a quest for revenge?

It is this that I felt most comfortable addressing through fiction, less in order to present an answer or a formal conclusion, and more to place before the reader something for their consideration, to borrow from the language of the great science fiction writer Rod Serling.

I did not seek to wrap up the story with a little bow. I did not want to make it easy for the reader. I wanted the readers to reflect. But I also wanted the readers to ponder a question that goes way beyond a focus on a few individuals: At what point does silence become complicity? Further, can someone ever make up for a crime by simply becoming a better person and doing good, but never taking any steps to repair the damage?

Take a look at the book (published by Hardball Press), when you have a moment. I’d be interested in your feedback.

[i] The Cape Verde archipelago is in the Atlantic Ocean off the western coast of the African continent near Senegal, The Gambia and Mauritania. It is part of the Macaronesia ecoregion (Wikipedia)