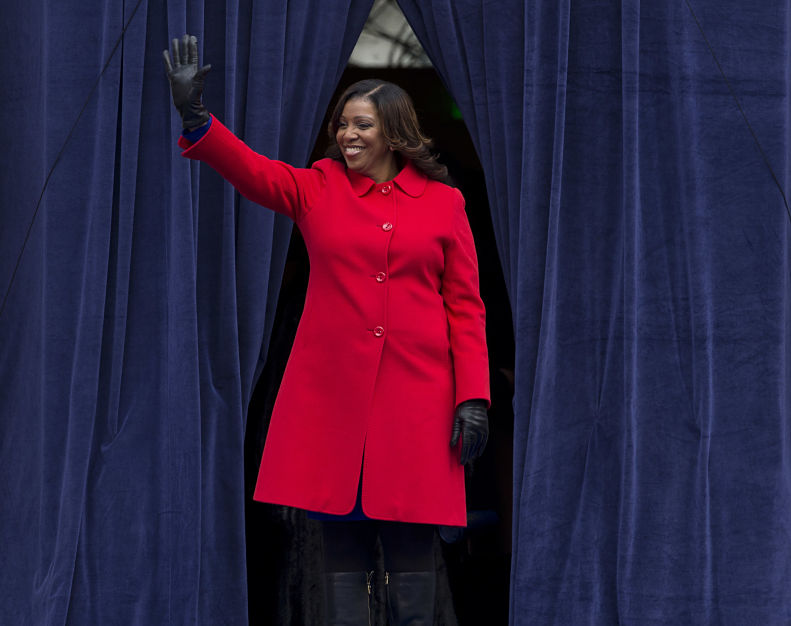 Black women who are the backbone of the Democratic Party and are showing us a new way in the U.S. Congress are, like Fannie Lou Hamer, “sick and tired of being sick and tired.” When women of color dare to infiltrate traditional white spaces of leadership and power--and upset the applecart by fighting for human rights and social justice--they are scapegoated and criminalized, targeted for political retribution and even threats of violence. The public square deems these women a greater threat than the injustices they seek to eradicate.

This coming August marks fifty-five years since the Democratic National Convention in Atlantic City, when Hamer – a Black woman, sharecropper and civil rights activist from Mississippi – had the temerity to demand that her Mississippi Freedom Democratic Party be seated after the whites-only state Democratic Party blocked African Americans from political participation.

“Is this America?” Hamer asked. “The land of the free and the home of the brave, where we have to sleep with our telephones off the hooks because our lives be threatened daily because we want to live as decent human beings, in America?” A woman who did not ask for permission to speak, Hamer experienced the racial violence of the South head-on. As a civil rights worker registering Black people to vote, she was badly beaten by Black inmates upon the orders of white police in a Mississippi jail cell, left with kidney damage, a permanent limp and a blood clot in her eye. And while Hamer underwent surgery to remove a tumor, a white doctor gave her a hysterectomy without her consent as part of the state’s eugenics program to eliminate Black people.

Fast-forward to today, and Black women are following in Fannie Lou Hamer’s footsteps. Most recently, Arkansas State Senator Stephanie Flowers channeled Hamer in a recent hearing on “stand your ground” laws, which allow white people to use deadly force against Black lives if they feel threatened. "This is crazy! You don't have to worry about your children!" Flowers said to the white lawmakers on the state judiciary committee. "I worry about my son and I worry about other little Black boys and girls and people coming into my neighborhood, into my city, saying they have open carry rights."  When a white male lawmaker told Flowers to refrain from speaking, Flowers responded: “No, I don't. What the hell are you going to do? Shoot me?"

Other women lawmakers of color have faced backlash for sounding the alarm on racism and inequality. During the recent testimony of Michael Cohen, freshman Rep. Rashida Tlaib had to apologize to Rep. Mark Meadows for calling him a racist because he used a Black official from the Department of Housing and Urban Development as a human prop to prove Trump is not a racist. And critics have derided, vilified and red-baited Rep. Alexandria Ocasio-Cortez for her Green New Deal, and efforts to bring justice to the victims of environmental racism and economic exploitation. And Rep. Pramila Jayapal –the first Indian-American in the House of Representatives, who is mentoring the fearsome progressive freshmen women of color in Congress – is facing death threats.

Then there is Rep. Ilhan Omar, a Black Muslim woman, and a Somali refugee who wears a hijab in the halls of Congress, and has been singled out for speaking her truth. In a nation that normalizes racism, sexism, Islamophobia and xenophobia, Rep. Omar is the “other” – her loyalty suspect, her Americanness probationary, at best. Her life threatened by the Islamophobic tweets of a white-supremacist, authoritarian president, she was scapegoated by Democrats and Republicans alike for opposing U.S. foreign policy towards Israel, and impolitely questioning a system of legalized bribery that cedes democracy and grants outsized power and influence to lobbying groups such as the National Rifle Association (NRA), the fossil fuel industry, big pharma and the American Israel Public Affairs Committee (AIPAC).

And Omar was a convenient target for those who would use their white privilege and Islamophobia to weaponize anti-Semitism and silence all discussion of the Israeli occupation and its oppression of the Palestinian people. Making Ilhan Omar the enemy threatens her safety. Equating antizionism--or any criticism of Israel-- with antisemitism trivializes the real and preeminent threat of antisemitic, Islamophobic and racist violence perpetrated by white supremacist domestic terrorists.

The recent AIPAC conference proved Omar’s point, in which the white leadership of her own Democratic Party and white-Christian-nationalist Republicans alike took turns lambasting her in a shameless spectacle. Supported by Black activists, progressive Jewish organizations and Jews of color, Omar was condemned by Democratic colleagues who have received millions in contributions from the Israel lobby.

On the Republican side, Trump and his minions have called for her resignation. A foremost enabler of white supremacy in America, Trump believes neo-Nazis who said, “Jews will not replace us” are “very fine people,” instituted a Muslim travel ban, and inspired the gunman in the Christchurch, New Zealand, mosque massacre. Trump and the Republicans have peddled the antisemitic conspiracy theory that Jewish billionaire George Soros is funding marauding migrant caravans across the border. As Trump locks up migrant babies in concentration camps, and his tiki torch carriers in Congress quote Hitler’s Mein Kampf on the House floor, all the vitriol from regressive supporters of Israel is reserved for Ilhan Omar. Because white folks ...

The specter of Democratic foxes and Republican wolves making an example of Omar speaks to the nature of her true offense – support for the BDS movement (Boycott, Divestment and Sanctions) against the Israeli occupation. The Israeli government is spending $100 million to fight BDS, with a strategic affairs ministry and ex-Mossad agents harassing BDS activists and American students and influencing U.S. elections for Trump. Israel maintains an apartheid ethno-state that does not reflect democratic values, and certainly not Rep. Omar’s values. Israel is "the national state, not of all its citizens, but only of the Jewish people" according to Prime Minister Benjamin Netanyahu.

Netanyahu has befriended Trump and other white supremacist leaders such as Brazilian President Jair Bolsonaro and European neo-fascist prime ministers in the Czech Republic, Slovakia and Hungary who may hate Jews, but at least they support Israel. Netanyahu has touted Israel’s border wall designed to keep out what are known as African “illegal infiltrators” – migrants and asylum seekers who are likened to criminals and terrorists who threaten the safety and identity of Israel–refugees like Ilhan Omar.

Christian Zionists support Israel in the belief the nation will act as the venue for the fulfillment of biblical prophecy, in which Jews will perish in the end times if they do not convert to Christianity.  In their weaponization of white Jesus, Christian Zionists are doing their part to further white supremacy and Islamophobia in the name of the Israeli apartheid state. In Pennsylvania, MAGA (“Make America Great Again”)-supporting lawmaker Stephanie Borowicz desecrated the swearing in of Movtia Johnson-Herrell, the first Muslim woman in the state’s House of Representatives, with a prayer asking Jesus for forgiveness and thanking Trump for standing beside Israel.

“You can make anybody look like a devil if you want to,” said Jackie Walker, a U.S.-born British woman and a Black-Jewish antiracism activist who was ousted from the UK Labour Party over charges of anti-Semitism. The subject of the new documentary, Witch Hunt, Walker said her Jewish ancestors were involved in the slave trade, and spoke of the continued oppression of the millions of victims of the African holocaust.

The founders never intended that Black women would lead America and its bastions of white male privilege and power. Silenced and ignored, with roles proscribed for them in society as slaves, domestic workers and sex objects, those women with the audacity to speak out and speak up for themselves faced the full wrath of racist and misogynist invective.

Subjected to racist and sexist stereotypes used to justify their scapegoating, women of color are denied their own agency. Efforts to silence their truth-telling--whether through the jailhouse beating of Fannie Lou Hamer or the censure of Ilhan Omar – are proof of the threat their power represents.

David A. Love is a columnist and the executive editor of BlackCommentator.com.

Caption: New York Attorney General Letitia A. James is an American lawyer, activist and politician. A member of the Democratic Party, she is the first African-American and first woman to be elected to the position.

credit:NYC Office of the Mayor

The Urgency of the Venezuelan Political and Economic Crisis

Digital African-Africana Education for All