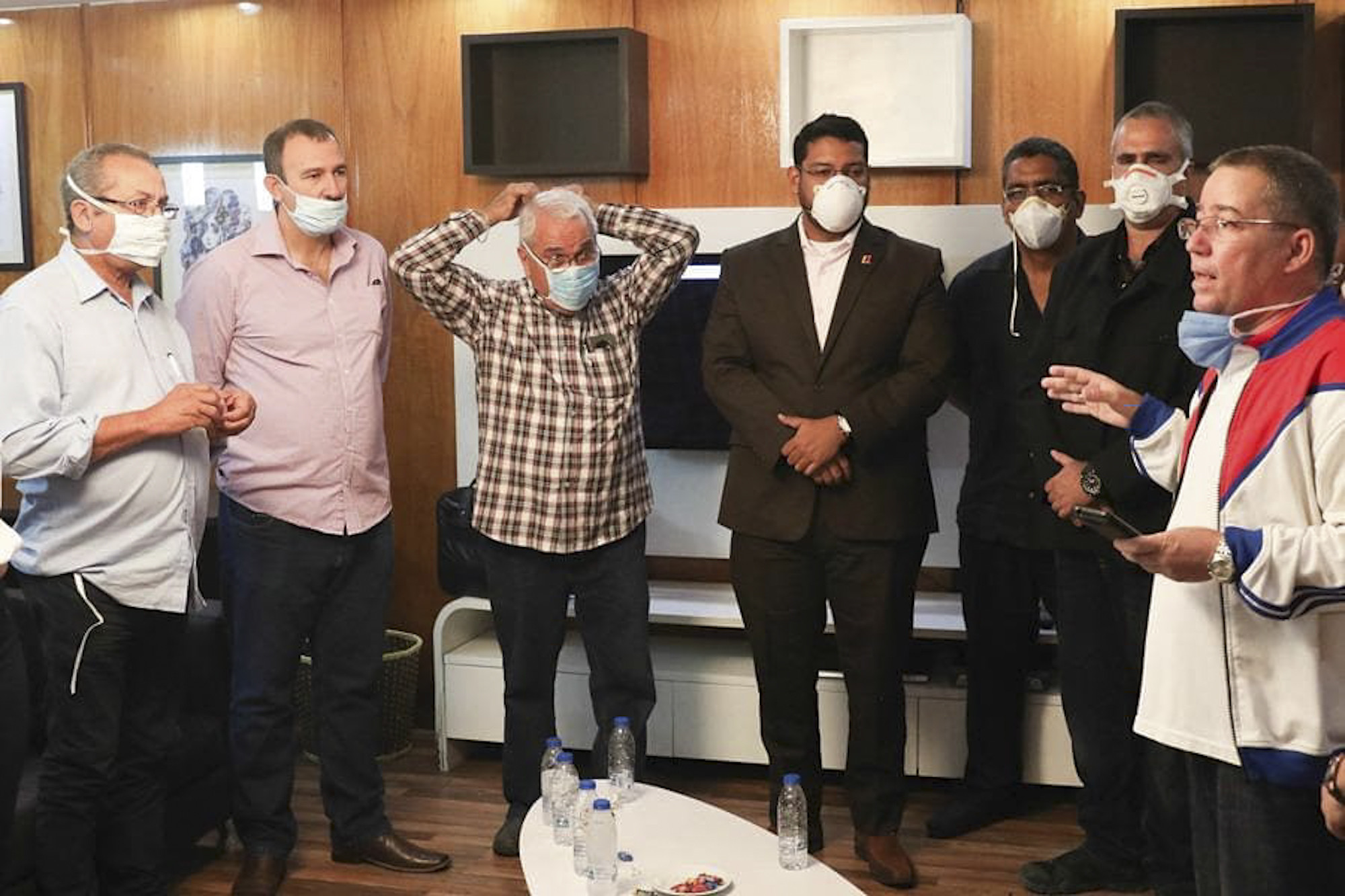 Statement by the Movement for Social Justice, April 2020

Dr. Martin Luther King Jr., that great fighter for social justice and peace, once said, “The ultimate measure of a man is not where he stands in moments of comfort and convenience, but where he stands at times of challenges and controversy.” That truth applies equally to nations as is does to individuals. This unprecedented global pandemic of COVID-19, or the novel coronavirus, is such a time of challenge and controversy.

This crisis has enabled the entire world to be able to judge the behavior of governments and their leaders in how they treat both their own citizens and other nations. One thing stands out – the mask has fallen off the face of U.S. imperialism.

The United States, with its much-vaunted economic, military and technological power, is the country that has by far the largest number of people who are COVID-19 positive and who have died. Many have pointed to the failure of the Trump administration to implement policies to minimize the threat to the lives and health of its people, as it was more interested in the stock market than people’s lives.

That is undoubtedly true, but this pandemic has also exposed the huge inequalities, racism and massive discrimination institutionalized in the U.S. economic, social and political system. African-Americans, Latinos and other people of color have been historically denied equal access to proper health care and decent housing. Overall, they earn less than their white counterparts, and they work in jobs that put them at a greater risk of exposure to the virus. These groups are therefore the ones that are dying in far greater proportions than the size of their population. This is one mask that has fallen off the face of the United States.

America First – And Only?

Instead of focusing on protecting its own citizens from illness and death, the U.S. has been using its power to bully other nations and deny them medicines and other vitally needed medical equipment. The Trump administration has blocked the shipment to Barbados of life-saving ventilators. Some of these ventilators were bought by the Barbadian government; others were donated by its prominent citizens such as the acclaimed singer Rihanna. Even Canada was denied access to acquiring personal protective equipment for its health care workers. And the United States blocked loans and the sale of medical equipment to Cuba. The latest act was the decision to suspend contributions to the World Health Organization in the middle of the worst global pandemic in one hundred years.

Compare the actions of the United States to that of Cuba. Cuba, with far fewer resources and a country that has experienced an illegal blockade for almost 60 years, has provided hundreds of health care professionals and medicines to scores of countries to combat the pandemic. This is a demonstration of solidarity in the interest of humanity.

The mask of U.S. Imperialism has fallen off: The United States is using its power, not in the interest of humanity, but to further its own greed and agenda of hegemony. In the face of calls by the United Nations Secretary-General for the suspension of all acts of military and economic aggression, the United States has absolutely refused to remove the illegal, illegitimate sanctions that it has unilaterally imposed on Cuba, Venezuela, Nicaragua and Iran. These sanctions are making it even more difficult for the people in these countries to have access to medical and other basic needs.

The United States has also tried to stop Cuba from helping other countries battle COVID-19. For U.S. imperialism, the lives of millions of children, women and men have no value.

If that were not enough, we now have the intensification of the U.S. offensive against Venezuela. The massive military build-up in the Caribbean Sea under the false guise of a plan to deal with narco-trafficking is a naked move by U.S. imperialism for regime change. It is to be noted that this military build-up came immediately after the United States perpetrated the lie that the president of the Bolivarian Republic of Venezuela, Nicolas Maduro, and other senior leaders of state and government are engaged in drug trafficking and are wanted for trial in the United States. Not content with such falsehoods, the Trump administration, in the tradition of the lawless “wild west,” placed a bounty on President Maduro in late March 2020.

The United States has a long history of interference and intervention in Latin America and the Caribbean. The U.S. has instigated and/or led countless coups to overthrow democratically elected governments in the region with the sole objective of maintaining its economic and political hegemony, by creating client states that also adopt policies that promote the interests of U.S. capital. It is no secret that a major factor today is that Venezuela has the largest confirmed petroleum deposits in the world. Successive U.S. governments have actively worked for regime change in Venezuela, subsequent to the election of Hugo Chavez as President of Venezuela. These false accusations of narco-trafficking are a part of this agenda of regime change.

The Movement for Social Justice (MSJ) condemns these latest acts by U.S. imperialism. We support the principled position of Caricom that the Caribbean must be a Zone of Peace. We support the internationally-recognized principles of respect for the sovereignty of nations and the non-interference in the internal affairs of a sovereign state. We call on all Caribbean people to demand that the United States cease its military actions in the region, under the thinly disguised plan of a counter-narcotics offensive. In the name of humanity, we demand the immediate removal of sanctions against Venezuela and the blockade against Cuba.

We stand in solidarity with the people of Venezuela and President Maduro, its legitimate, democratically-elected president. History will not absolve Trump or the United States if it takes military action against Venezuela.

The Current Situation in South Africa

A Virus Can Change the World